Travel is Not a Far Away Place 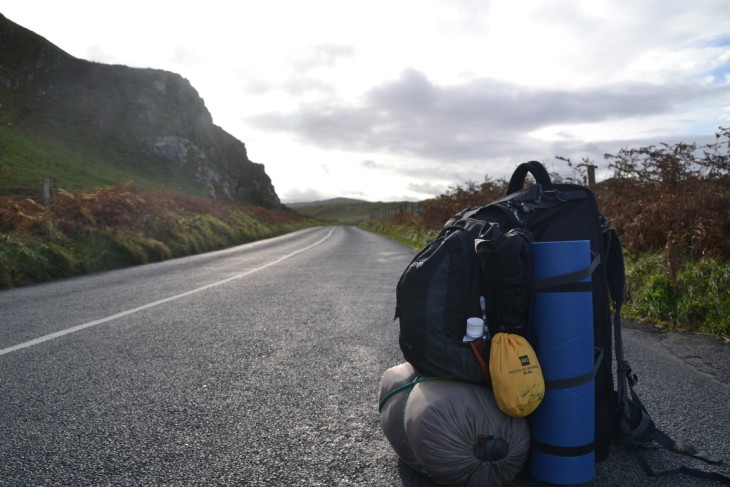 My feeling is that most people travel to experience a change of some sort in their lives but it means we wind up travelling to top destinations in far flung places around the world at a huge cost when really, a lot of what we are looking for is on our own doorstep.

Although  I was born here in Ireland, I realised recently that I knew more about Africa, South East Asia and South America than I did about my own Country. So I decided to take a hike in the Countryside somewhere for a break, to find out a little bit more about my homeland.

I took a bus to Derry City which was an interesting stopover enroute to the North tip of Ireland, Malin Head. There is a great walking tour of the city walls and the history is no less than engrossing, with many sad stories along with uplifting messages to those who are open minded enough to hear them.

Malin Head was insanely beautiful. I stayed at the Sandrock Hostel there but it was most memorable for the beautiful country roads which winded around the headland to the most Northern point of the Country. There you will find the old outposts which were used by the British in Word War 1 and these same buildings were then used by the Irish during World War 2, as they attempted to communicate with oncoming German bombers. The reason for this was to let them know that the land below them was Ireland and not the nearby, United Kingdom.

It was nice to walk around this area and set foot inside the historic buildings before walking back along the roads through quaint villages with beautiful scenery.

I finished the evening off by watching a beautiful sunset over Malin Head and wondered why I don’t do these things at home more often? It was a wonderful feeling to get away from the city, to go somewhere new and refresh, at a low cost. It dawned on me that I usually travel to far away places for new experiences when I could so easily do them in a much more local travel destination.

I vowed to do it more often, to be more aware of my immediate surroundings and stop thinking of travel or adventure as a far away place. Because it’s not, Travel and adventure is what happens the minute you walk out that door.