Couple travel 50 countries in a van on $8 per day

A trip by a young Polish couple went viral this week on which they claim to have travelled an incredible 50 countries on just $8 per day. They purchased the van for just $600 and after stocking up with a tent, some food and other supplies, they hit the road ….for 6 years!

More than 150,000 km on 5 continents, the couple travelled and slept in their van every night to save on accommodation costs.

Unsurprisingly the negative brigade jumped in to question how this was possible on just $8 per day but the couple have a very plausible answer to this, in that they stayed in the one spot for more than a day at a time in order to find travel buddies to share the fuel cost to the next destination. Then they also began sending people postcards from their trip for a small fee which would cover maybe a litre of fuel. They cook all their own food rather than visit restaurants and

Eventually, they even found sponsors who paid to have large advertising on the sides of the van and this went toward funding the cost of getting the van on a ship and across the ocean.

The couple claim to have the largest travel blog in Poland and as a result of this enormous trip, they now work as travel bloggers full time and have also since published two books about the experience.

If that wasn’t enough they also got engaged on their travels:

Amazing, congratulations for winning at life! 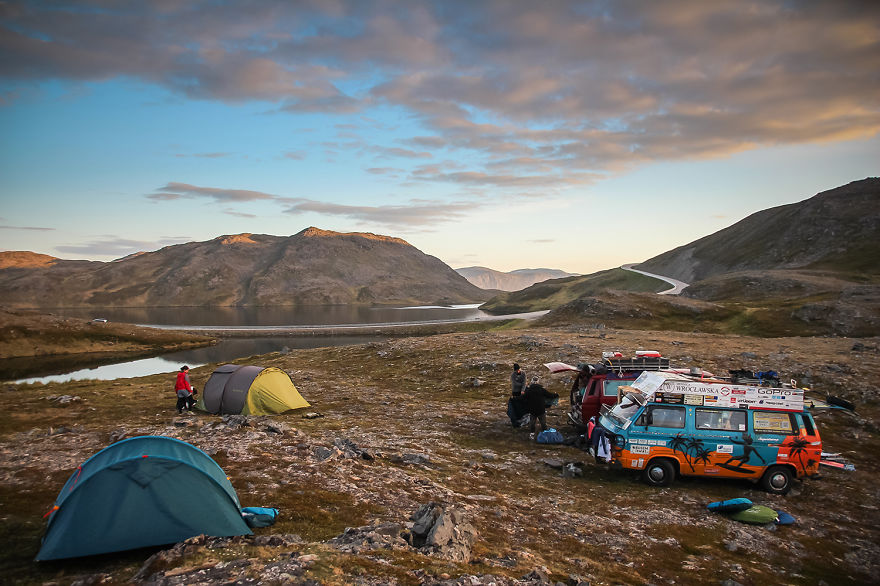 Simon Bowen was taking a group of students from Perth to Sydney on Sunday morning, when the incident happened.

To the passengers and staff on-board the airline it came as quite a shock, when a man became “abusive” and “violent” just a half hour into the journey.

Mr Brown, advised ABC 720 that he had requested a drink quite loudly which the staff denied and from here, the man become increasingly abusive toward the staff.

The incident escalated until apparently, punches were thrown toward nearby passengers, until a couple of people managed to get hold of the man.

“[While they were] holding the fellow, the stewardess shouted and they did have an air marshal on board who was absolutely superb in the calmness.” said Simon Brown.

The air marshal was left with no option other than to restrain the man with handcuffs for the rest of the 4 hour trip to Sydney an when they arrived, the Australian Federal Police boarded to escort the aggressive man off the plane. of the flight.